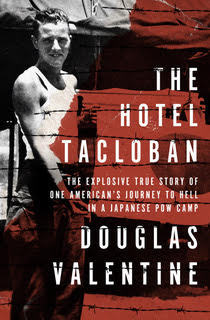 Now available at Open Road Media (click and you're there) 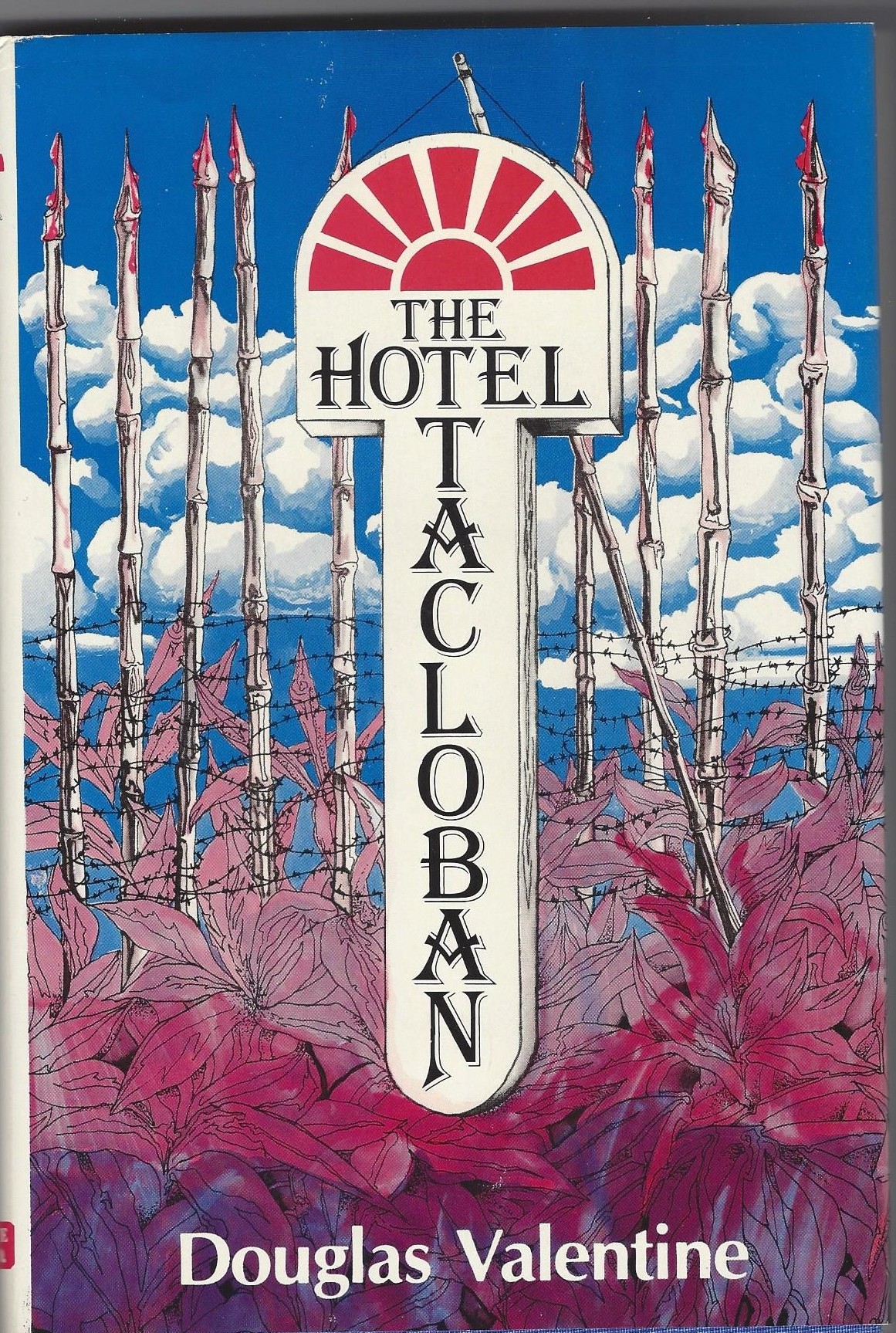 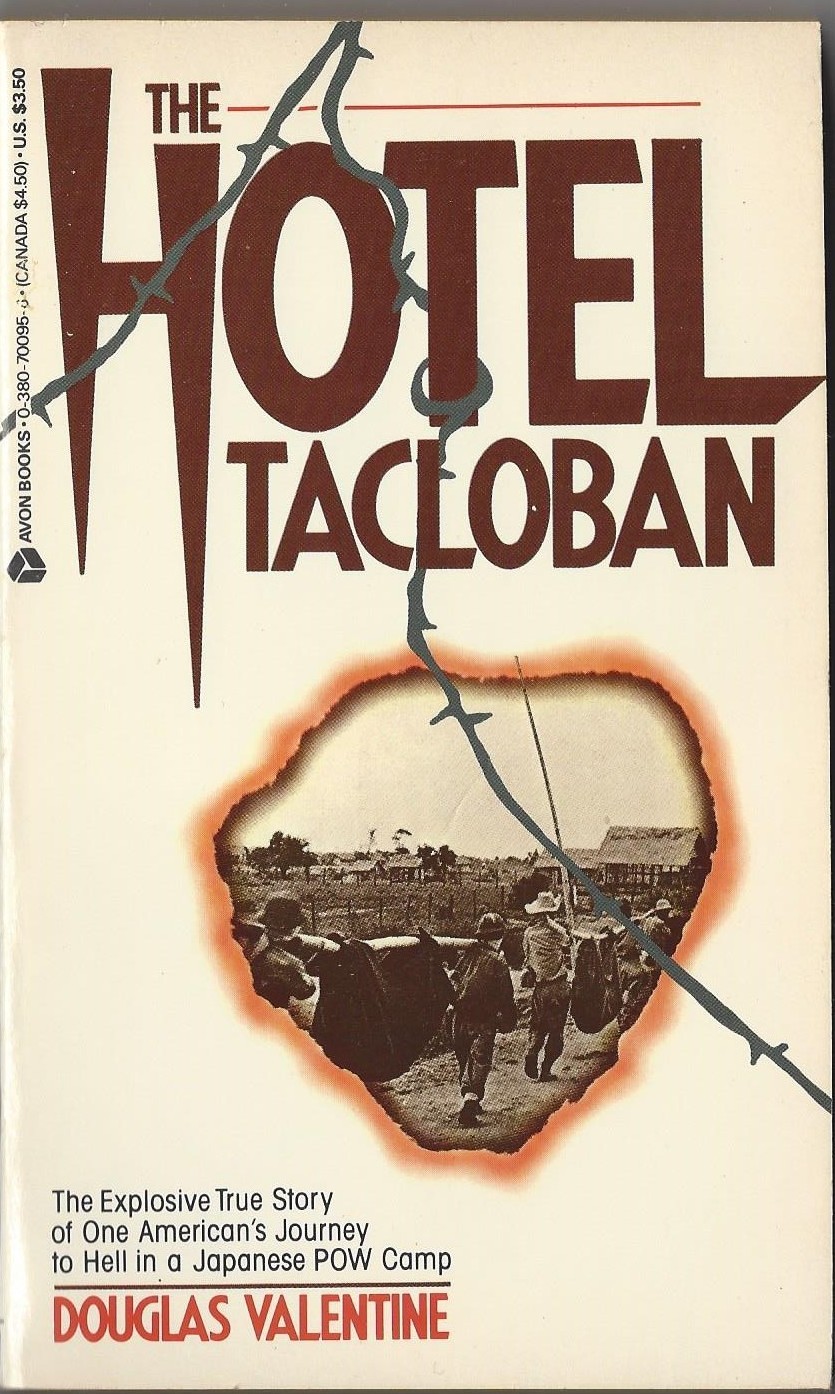 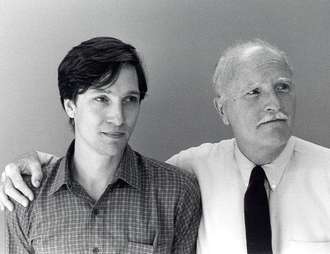 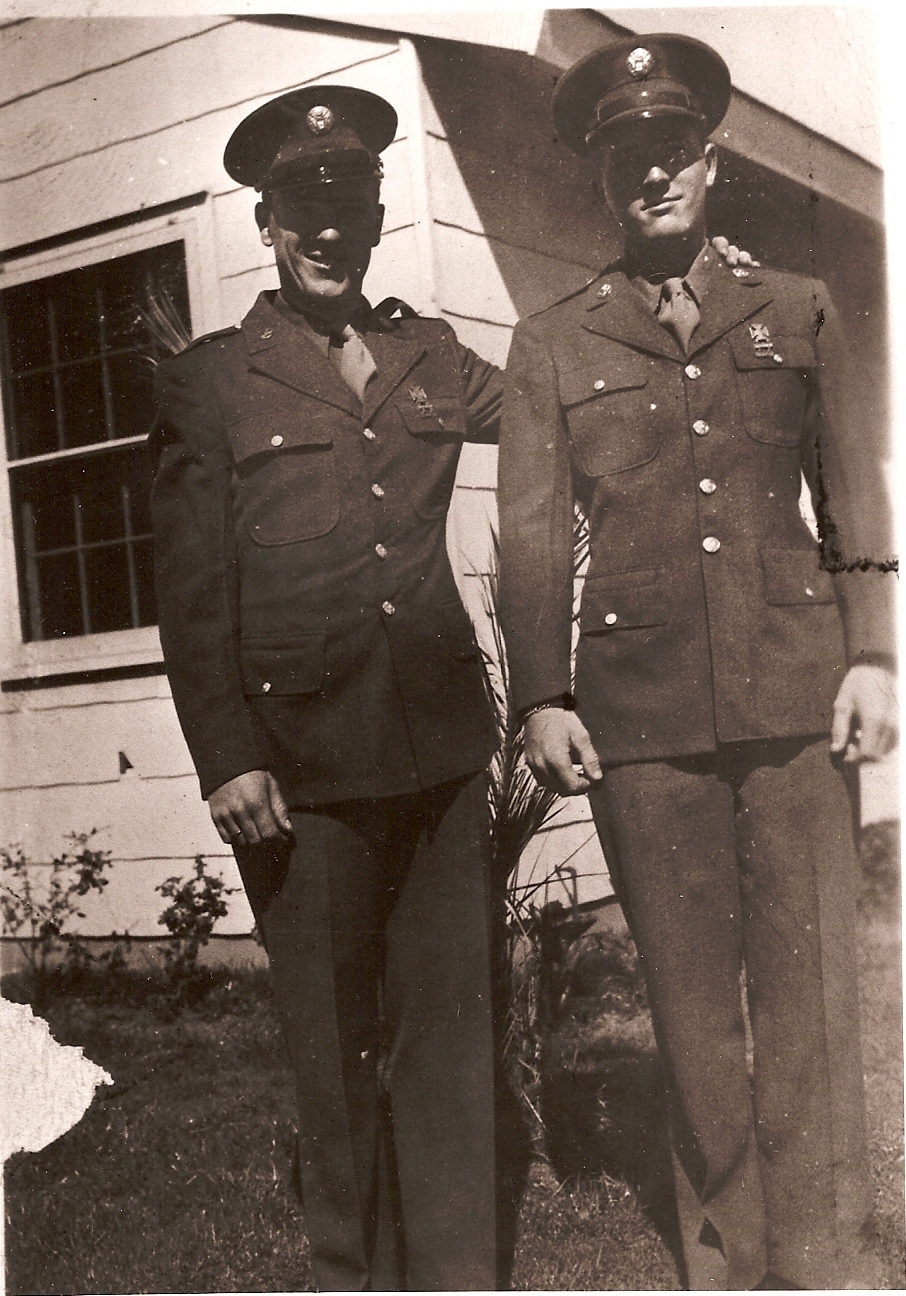 My father is on the right, his friend Andor "Andy" Landeren is on the left

my father and I
Thomas Wilkinson's book review at Dissident Voice
Trustworthy, loyal, obedient, clean and reverent…
available at Amazon as an ebook or paperback
available at Barnes & Noble 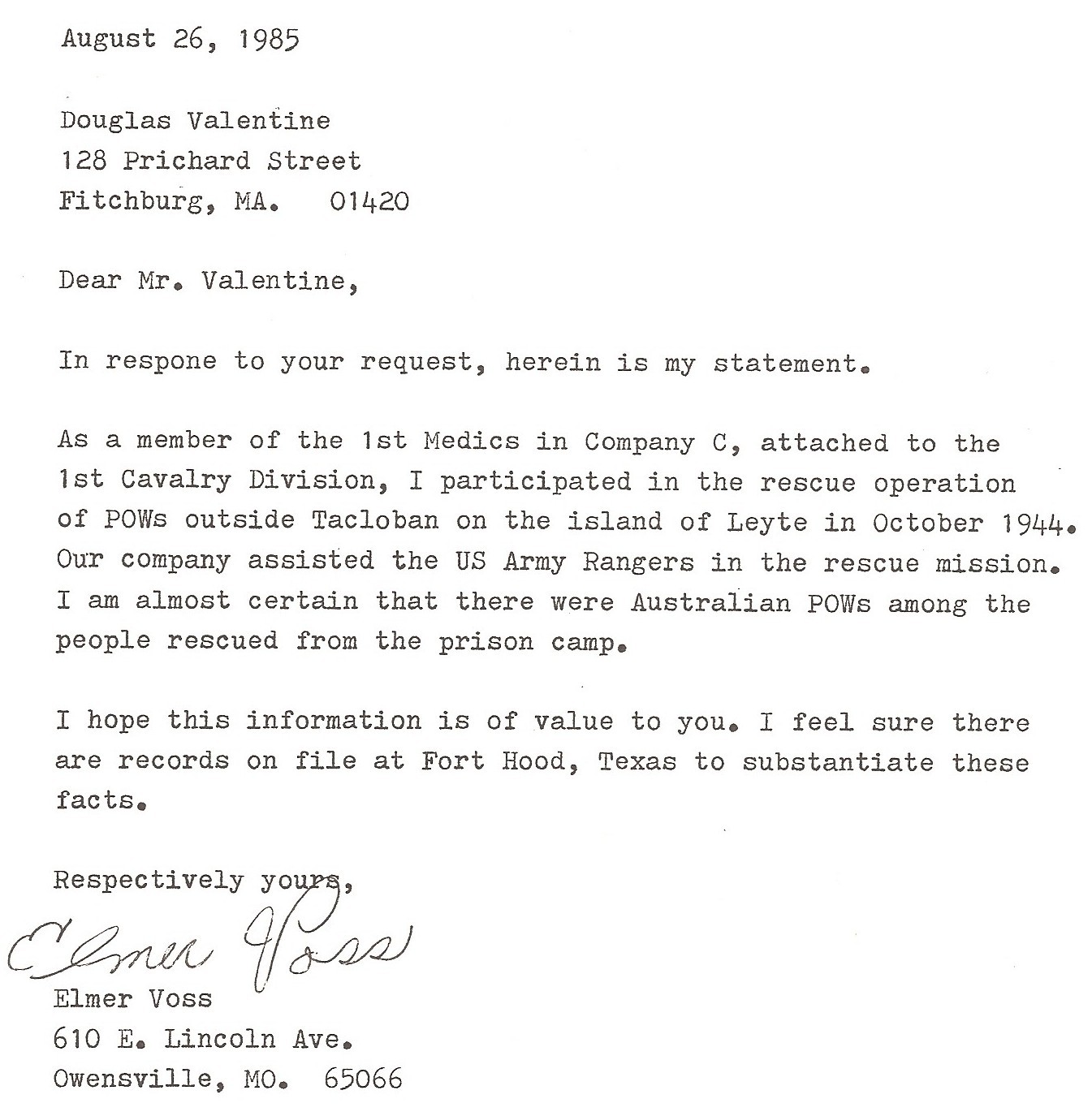 Letter from Elmer Voss regarding the liberation of the prison camp in Tacloban on 20 October 1944.
Elmer Voss letter in pdf (195 KB)

In the summer of 1985, Elmer Voss told me that he, 1st Sergeant Gerald Wolpmers, and another sergeant named Moffit then living in St. Joseph, Missouri were part of a rescue team led by Captain Lintz. Voss gave me Wolpmers' address in Amazonia, Missouri and I called him right away. Wolpmers was distressed and said he was going to see "a full fledged colonel in Missouri" who was in charge of the mission. Wolpmers never called back but he did tell Voss to retract his statement.

Anthony Acevedo was one of 350 U.S. soldiers held at Berga an der Elster, outside Buchenwald concentration camp. The soldiers, working 12-hour days, were used by the German army to dig tunnels and hide equipment in the final weeks of the war. Less than half of the soldiers survived their captivity . But the worst was yet to come." We had to sign an affidavit ... [saying] we never went through what we went through. We weren't supposed to say a word," he says. 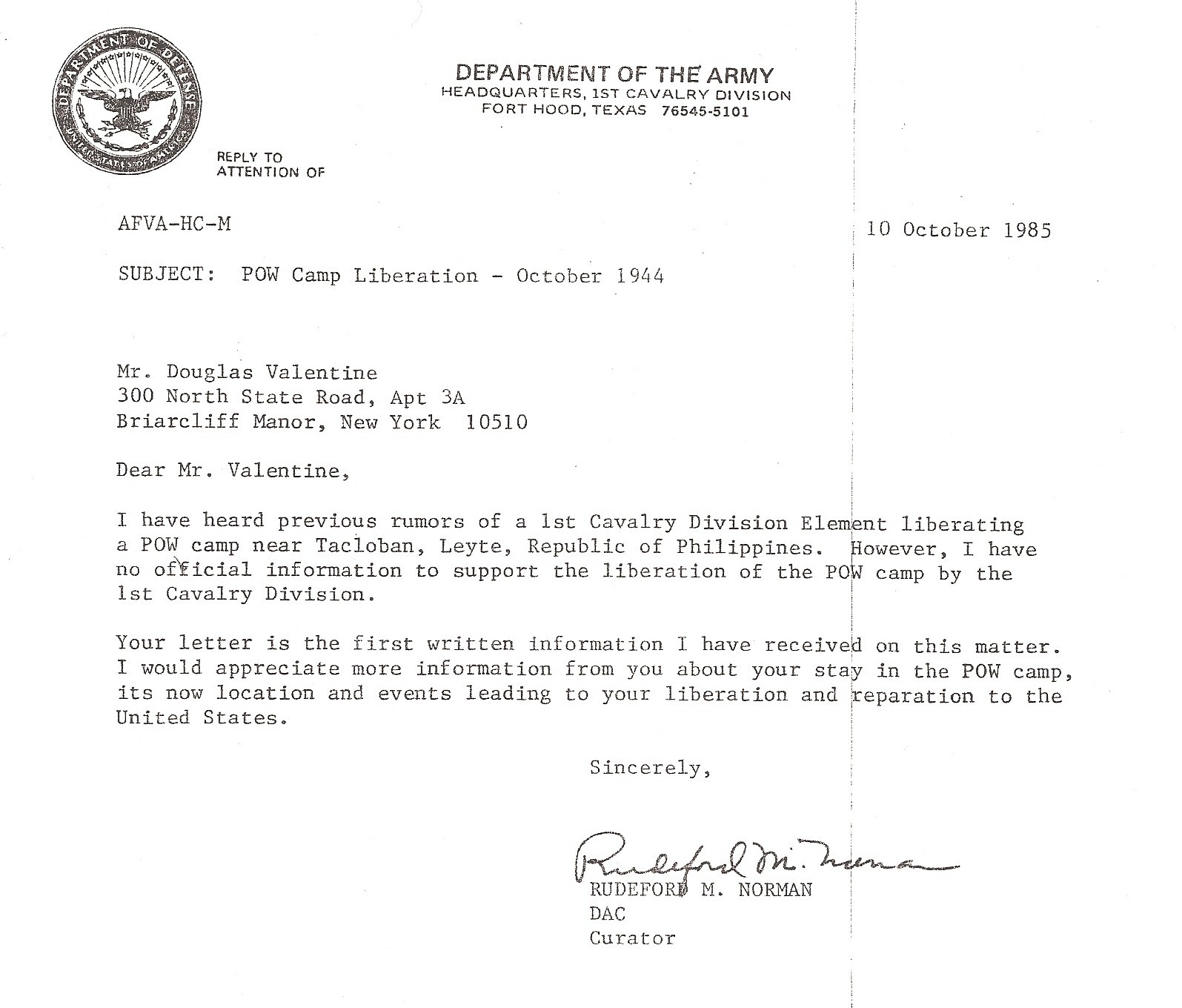 The initial reviews were great. Critic Paul Bach called it "A soldier's fascinating story of wartime survival and betrayal...a shocking denouement." James Kaufman at the LA Times called it "A very true book and a story well told, chilling in its accumulation." As I mentioned, there has been steady interest in Hollywood. But the powers that be, in industry and government, can kill any book, especially one that reveals their crimes. The closest I ever got to official confirmation was the letter to left from the curator at Ft. Hood, Rudeford Norman. But as my father and I learned the hard way, the only truth is official truth, even when the official truth is a Big Lie.

In the 26 September 1984 Christian Science Monitor, reviewer Thomas D’Evelyn said, "After the dust settles, The Hotel Tacloban will be there, bearing witness to man’s inhumanity to man, to the impotence of pain, and to the durability of the love of father and son. It sheds light on these dark times. Read it.”

Goheen was an army intelligence officer with General Douglas MacArthur's forces that invaded Leyte in October 1944. 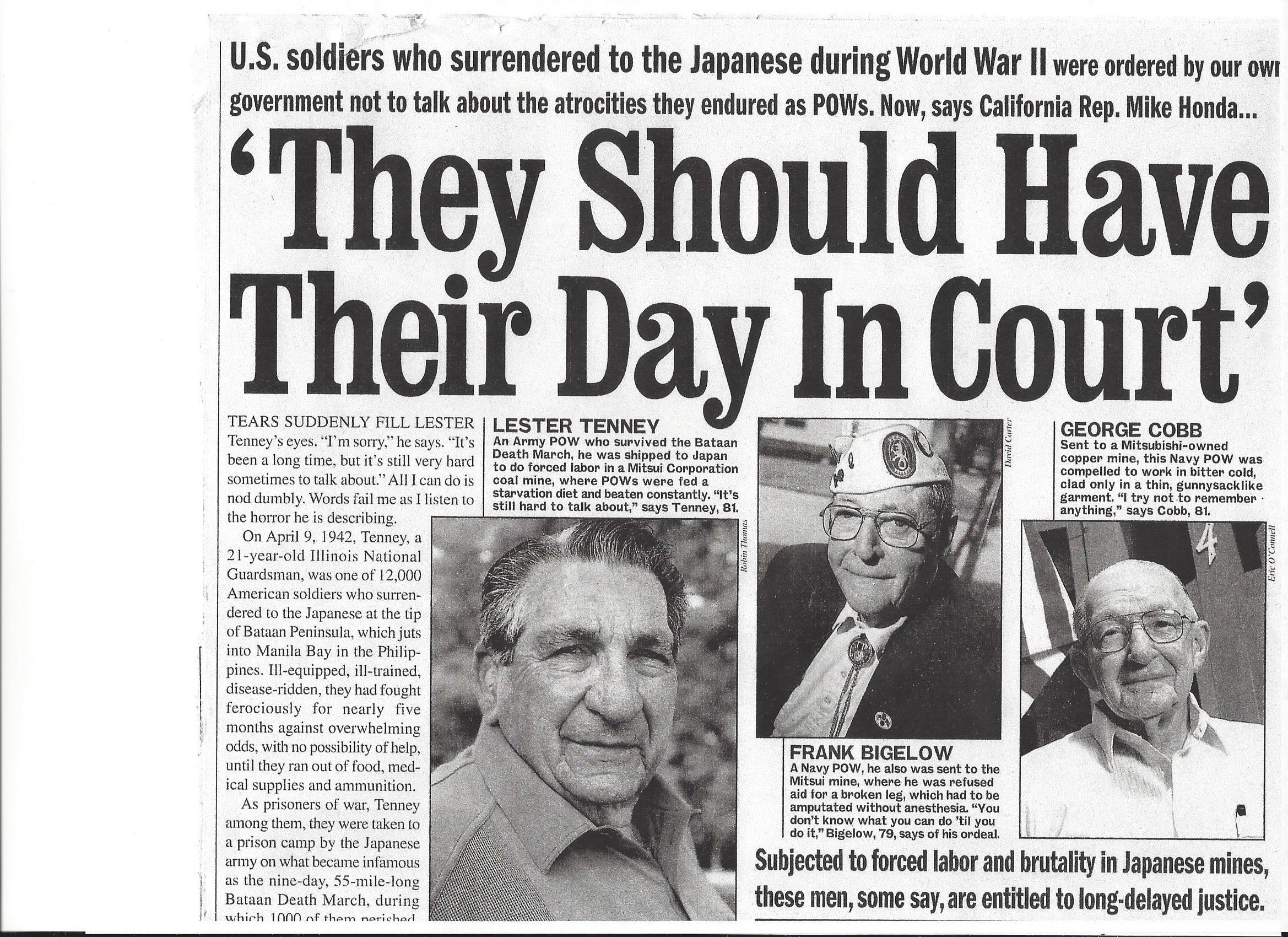